All my posts lately have been bookish, so I’ve decided to throw a little personal one in here. Let’s go with a story–a story about my kids. Ooh, my favourite subject. But, not just any story, one with drama and gore, one that you may or may not believe, but one I guarantee is absolutely and 101%true. 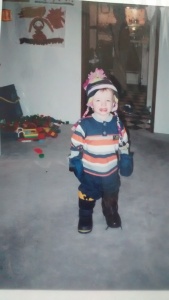 It all started in a dirty little pediatric walk-in clinic. There were sick kids everywhere. Snot flowed like like water over Niagara Falls. My three kids happened to be behaving themselves mainly because I had developed no-fail walk-in clinic survival kit that would keep them from exploding–snacks, books, toys. In those days there were no smart phones full of games–we had to entertain our kids ourselves–with books and toys and snacks. Gasp! Oh the horror!

The kids had some sort of sinus/throat issue that required antibiotics. Of course, I had to wait three hours for the doctor to tell me what I already knew. By the time, I was buckling everyone into car seats, we were past nap time, the snacks had run out and, let’s face it, they were sick and unhappy. Let the meltdown begin!

My two year old began to wail. He had an interesting wail too. He’d kind of hold his breath and then push out this gutteral cry like he was giving birth. While I felt moderately stressed from the morning, I could see a light at the end of the tunnel. We were on our way home. I only needed to maintain my sanity for twenty more minutes. As I cruised down the highway, I said, “It’s okay, buddy. We’re almost home.”

He howled louder. I looked up into the review mirror at the boy. That’s when I saw it. My child was CRYING BLOOD.

I’m not exaggerating. His eyes were red and drops of blood were sliding down his cheeks like tears. I hit the brakes and began to swerve in the middle of the highway. I came to a screeching halt on the shoulder, tore off my seat belt and jumped into the back seat. Grabbing tissues, I started mopping up blood. Then his nose started bleeding too. God help me his brain was exploding or something.

He continued crying and bleeding and I tried to figure out if I should try to drive to the hospital or get out of the car and wave someone down. Please stop! My child is CRYING BLOOD. As I rocked him, he began to calm. The calmer he got, the clearer the tears became. I held him until his nose stopped bleeding.

It took me a few minutes to realize what actually happened. To make a long story short, he strained so hard that he caused a nose bleed and then that straining pushed the blood up through the nasolacrimal ducts that are supposed to carry fluid from the eyes to the nose, not the other way around.

We all went home and had a nap.

And yes, the title did say, One of my Most Horrific…” There is another that rivals this one. We will save the teeter-totter story for another day.

I’ve wanted this trailer for a long time, not only as a promotional tool, but as a showcase for this beautiful song. You only get a snippet of it here, so I’ll be posting the whole thing in the future.

A huge thank you to award-winning filmmaker, Corbin Saleken, for all your hard work in putting this together for me. And to Ariel Friesen, thank you for composing this beautiful, inspiring song that will always be score for Enslavement. I’m surrounded by brilliant people. 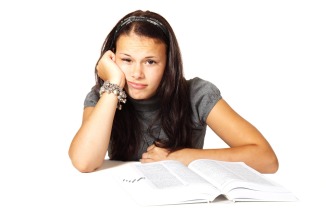 I’m in a minority among writers. Most author bios I read refer to the their lifelong love of reading, that they started reading at a young age and devoured book after book.

I am not one of those writers. Don’t get me wrong–I love to read. Now. Not when I was a kid. When I was a kid, reading was the last thing I wanted to do.

I vividly remember my first grade teacher calling a meeting with my mother. They discussed how I was behind, how I just wasn’t picking up on reading the way I should be. They wanted to put me in a special reading group. I’m not making a judgement call on the teacher, regardless it made me feel like I wasn’t very smart. All the other kids were getting it and I wasn’t. Before that point, I hadn’t been concerned. I felt like I was learning and slowly getting better. I was trying hard to do 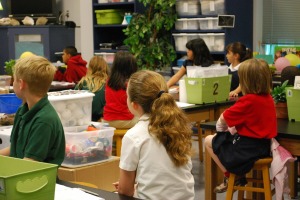 what the other kids were doing. After the meeting, I felt there was something wrong with me. I was embarrassed when they pulled me out of class for the special reading help. To add to my negative feelings, I was also placed in speech therapy. I needed it. I’m glad they did it. But, as a kid, it didn’t feel good. It reinforced my growing belief that something was wrong with me.

My second grade year was much the same. I was in the lowest reading group. Going to the library made me nervous. Books were for people who were good at reading. If I checked out a book at my level, the other kids would know I could only read baby books. Classmates would discuss books they’d read and I’d always find a way out of the conversation or lie and say I’d read the book and agree with whatever they said about it.

When I changed schools for grade three my file followed me. Again, I was in the lowest reading group. I hated it. I looked at the kids in the higher groups and envied them. I changed schools again the year after and the year after that. I loved story time, when the teachers read to us, but reading for myself was tough. I could read, but I was slow. I couldn’t skim and it took me a painfully long time to get through a book, but I got it. I understood all of it. I hated being in the low group because the stories were too simplistic. I wanted more even though I knew it would be hard.

In the sixth grade I changed schools again, only this time there was a glitch. My new teacher told me that my file hadn’t arrived yet and he wanted to know what reading level I’d been in the year before. So I lied. I’d been in the highest level, of course. He put me in that group and I was determined to stay there. I worked hard. When my file arrived, my teacher and I had a little talk. In the end, he allowed me to stay in the group since I seemed to be doing well there.

In junior high I was moved into the talented and gifted program and continued on in advanced classes all through high school.

Now, I’m an avid reader and a writer. I’m still a slow reader. I still can’t skim. I still read every single word, but I feel that it’s made me a stronger writer.

What I’m hoping you take home from this–don’t write kids off if they don’t pick-up on reading when you think they should. Give them time. Help them to feel good about reading instead of feeling a ball of anxiety in their gut every time they look at a book.

And if you’re a kid like I was, don’t label yourself. You are smart. You are a reader. Find someone to help you find a book you can read and that you’re interested in. And whatever you do, keep reading. Do NOT give up on yourself!

I’m so thankful for those blog, Amazon and Goodreads reviews my readers have written for Enslavement. You all did this nice thing for me, so I want to do something for you.

Free to all Enslavement reviewers.

In telling the story from Rielle’s point-of-view, there were so many aspects of the characters and situations, I couldn’t reveal. Did you ever wonder how the Banker and Nina ended up together? I mean, talk about an odd couple. Or how about, how did the “back door” end up on Nina’s chip and why was she so keen on giving it to Rielle? The answers to these questions may surprise you.

The Illusion of Choice is a short story I’ve written from Nina’s POV. It reveals why she married the Banker and how she came to possess the “back door.”  Whether you’ve reviewed Enslavement on your blog,  Amazon, Goodreads or all of the above, I’ll send you a free e-copy. Just DM me on Twitter (@melindafriesen) , Facebook (melindafriesen1)  or leave a comment below with your email address and the name under which you left the review; I’ll verify it and then make sure you get a copy.

Haven’t left a review yet? Well now’s your chance: click here to write an Amazon review.

Thank you so much for your support!